WHAT IS WATER CONSERVATION IN THE MRGCD?

The Middle Rio Grande Valley is a special place. With good soils, abundant sunshine, moderate temperatures, and a comparatively dependable water supply, it is far more “habitable” than most of the desert southwest.  A narrow strip of land along the Rio Grande is well suited to agricultural production, and the sustenance of human life.  Native Americans recognized this and settled in the region, employing irrigated agricutral practices to sustain a large population in the MRG valley centuries before European peoples arrived.  When the Spanish entered the MRG valley 400 years ago, they recognized the favorable outlook for irrigated agriculture, and quickly introduced their “acequia” systems.  By the mid-1700’s most of the valley’s canals were in place, and over 125,000 acres were being successfully farmed in the MRG valley,

Over the years various changes have occurred.  The MRGCD was one of those changes.  The MRG valley perpetually suffered from the natural “feast or famine” nature of the Rio Grande.  Droughts commonly followed floods.  Without reservoirs to store water, the river, and crops, often failed in the summer or fall.  During the spring runoff, and occasionally after storms, floods could fill the valley with water, destroying crops and land. The 1923 Conservacy Act established MRGCD, and tasked it with building a storage reservoir, improving canals and diversions, and costructing levees and drains. The MRGCD was created as a model of efficiency, employing modern canal design theory, automated control structures, and extensive hydrolgic evaluation and planning.  The MRGCD was issued permits by the State of NM based on delivery of specific amounts of water to the acres served. The MRGCD’s drainage system, possibly the jewel in the crown, was designed to “salvage”  water leaking fro the river, and applied to agricultural lands, and deliver needed flow to downstream users to keep the system in balance.

The MRG valley lived in relative peace for many years, although extended drought challenged the region through the 1950’s, and NM’s duty to deliver a certain percentage of flow to Elephant Butte reservoir, for use by our downstream neighbors,was a constant worry.  Throughout much of the 60’s, 70’s, 80’s, and early 90’s the water supply was unusually plentiful.  As a result, practices gradually became more casual.  It became easier for MRGCD to fill up the canals with plenty of water and let farmers help themselves, than to precisely deliver what was needed.  For farmers with nearly instant access to full canals, there was little incentive to build or maintian efficent water infrastructre on their farms.  The valley people, both MRGCD staff and  farmers, came to believe this was just the way it had always been and always would be.

Then in the early 1990’s geologists began to find that there was much less usable good-quaility groundwater in the valley than had always been believed.  Cities began to buy farmers surfce water rights as insurance against the future.  About the same time a small fish no one had ever heard of was listed by US government as critically endangered.  The US Fish and Wildlife Service started trying to prevent the MRGCD from diverting water form the Rio Grande, saying it was needed for the Rio Grande Silvery Minnow.  Then, possibly the hardest blow, the climate took a turn for the drier.  Starting in 1996, the general trend of good snowpacks and plentiful spring runoff seemed to reverse course.  Although there have been “wet years” since then, there have been more dry than wet, and the average flow of the river has declined noticeably over the past 25 years.

Beginning in the early 2000’s the MRGCD began to evaluate its canal operations.  What we found surprised us.  Many canals were being operated far outside of their intended design.  Many received too much waterfor the land being served and had grown oversize.  Others were being “checked” to a too-high water level causing control structures to fail, or be crudely modified.  The automated controls that had been so carefully engineereed 80 years earlier were almost completely ignored, or unknown.  The result was seriously degraded canals, damaged banks, frequent overflows, and tremendous water waste.  As MRGCD discovered this, we quietly began returning canals and operations closer to their intended conditions.  This occurred through new control structures, measurement devices, canal and structure re-habilitation, and a real undertsanding of good water management practices.  Large strides were made, and continue to be made.

The next step is good conservation practices for our water users.  To be successful for ourselves, and future generations we must live within our water means.  Water supply has been, and always will be variable.  There will be more water some years, and less in others.   The MRG valley has enough water, even with the reduced water supply of the past 25 years.  But it doesn’t have an excess of water, and we can’t afford the irigation and water delivery practices that developed over the last 75 years.

Conservation for the MRGCD means operation of our canals to deliver the required amounts of water to farmers with little or no waste.  It means designing and building canals and structures that support the delivery of precise and measurable quantities of water, and in a predcitable manner.  It means the operation of diversion and return flow facilities to meet our farmers needs, support endangered species, and to use the Rio Grande to best advantage when converying required amounts of water downstream to Elephant Butte reservoir. 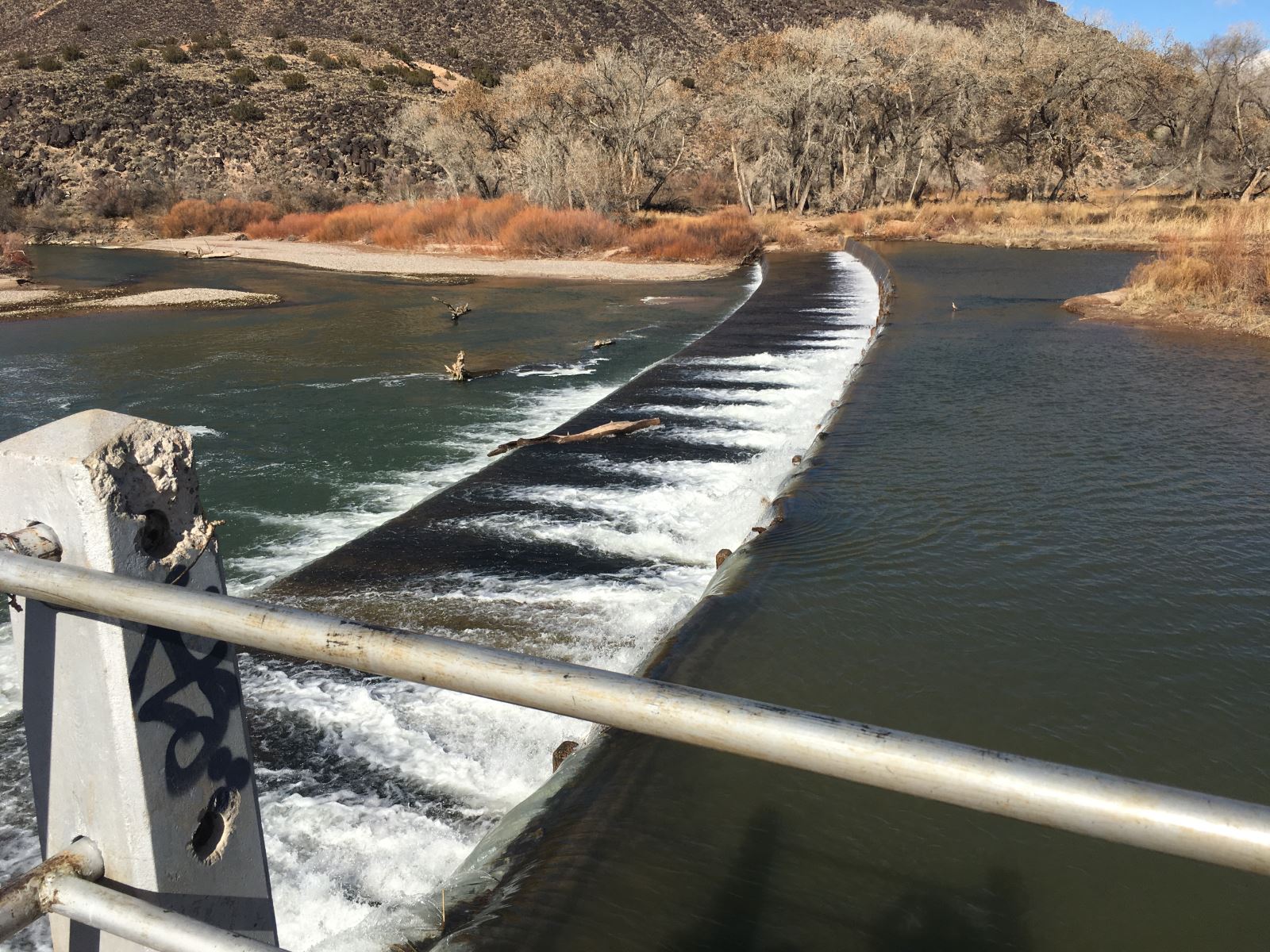 Conservation for the MRGCD means supporting our farmers to build and maintian efficient delivery structures on their lands, so that water is applied rapidly, and distruibuted uniformly across fields, eliminating surface spills and overapplication.  It means educating farmers on good delivery practices, how much water is required for crops and soils under specific conditons.  It means educatiig farmers on how to measure thier water.  It means working to insure the valley is productive and effecient within the quantities of water allocted to MRGCD by NM permits.

Conservation for the MRGCD means productive agriculture, profitable farms, and healthy locally grown food.  It means regional sustainabity.  It means the application of limited water resources to the most beneficial use.  It means maximizing agricultural yield per unit of water applied.  It means encouraging of water rights and water management in the agricutlural community to maximize agricultural production.

Conservation in the MRGCD means a heathy Rio Grande, bosque, and wildlife.  It means encouraging wildlife habitat on public and private lands.  It means encouraging recreational use of canals, drains, and the river.  It means support for flexible river and reservoir operations that provide flow for endangered species while delivering water to all users, including delivery to Elephant Butte reservoir, in the most effecient way possible.

The MRGCD Conservation Program exists to meet all those objectives.  Please join with the MRGCD to support conservation practices in the valley, and assist in “keeping the valley green” for all of us.

0
We use cookies to optimize our website and our service.
Manage options Manage services Manage vendors Read more about these purposes
View preferences
{title} {title} {title}