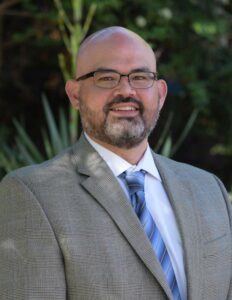 Jason M. Casuga is the Chief Engineer/CEO for the Middle Rio Grande Conservancy District (MRGCD), located in Albuquerque, New Mexico.  As a professional engineer with over 16 years of experience in water resources that spans both the private and public sectors, Jason has spent the last 12 years working within the Middle Rio Grande Valley.  Prior to being appointed as the Chief Engineer/CEO in February 2022, Jason was MRGCD’s Chief Operations Officer (COO), responsible for the agency’s technical services and field maintenance divisions.

Before joining MRGCD in June 2016, Jason was a River Maintenance Engineer and Project Manager at the Bureau of Reclamation (BOR).  In his role at the BOR, Jason was responsible for managing river maintenance and habitat restoration projects along the Rio Grande from Velarde, New Mexico, to Elephant Butte Reservoir.

Jason was raised in Dexter, New Mexico, and has an undergraduate degree in Civil Engineering from New Mexico State University.

0
We use cookies to optimize our website and our service.
Manage options Manage services Manage vendors Read more about these purposes
View preferences
{title} {title} {title}